One Book One Freeport 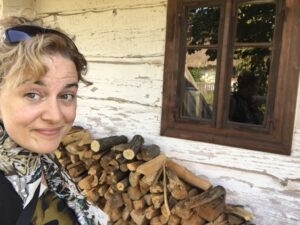 Caroline Kisiel is a public historian and educator who has been teaching for over 25 years. With a background in immigration law, literature, history, storytelling, and performance, Caroline writes and presents on early Illinois history and is currently conducting research on the role of Albion, Illinois in the struggle to keep Illinois slavery-free in the early years of statehood.

One Book One Freeport 2021 has received grants from Freeport Community Foundation, Community Foundation of Northern IL, Rotary International Freeport Noon Club, United Way of Northwest IL/Healing IL/Chicago Community Trust, and Freeport Public Library Foundation! IL Humanities Road Scholars Speakers Bureau is funding one of our speakers. Thank you so much for supporting for this program.

The Freeport Public Library conducts a “community read” program during the late winter/early spring of “odd” years. The mission of this program is to encourage a shared-reading experience, foster a sense of community, and promote literacy to people of all ethnic backgrounds, economic levels, and ages. Based on similar programs in communities across the country, One Book, One Freeport provides free copies of a selected book and coordinates educational programs and events to explore topics related to the book.

Copies of the selected title are distributed to all interested people in the community. In the following weeks, programs relating to topics in the book are scheduled. Book discussion groups are offered at a variety of times and locations.

The inaugural program ran in January and February of 2011, featuring the book Playing with the Enemy by Gary Moore. The Freeport community enthusiastically embraced the program. Participation was high and reviews were positive.

The second program began January 5, 2013 and ran through April 7, 2013. It featured I Came A Stranger by Hilda Satt Polacheck. The displays were a great addition to the program. Copies of the book were given to other libraries and schools in Stephenson County, widening the audience.

The third program ran from February to April 2015, and focused on the book Rocket Boys by Homer Hickam, Jr.  Displays at the Freeport Art Museum and personal stories of growing up in a coal mining town helped bring the book to life. Readers enjoyed building and launching an actual rocket at the conclusion of the program.

The 2017 One Book, One Freeport program was based on Gloryland by Shelton Johnson with events scheduled in January, February, March and April. There were great actor portrayals of Teddy Roosevelt and a buffalo soldier, lively book discussions, and a fascinating presentation by the author.

The 2019 NEA Big Read: One Freeport was The Latehomecomer by Kao Kalia Yang. With the support of the National Endowment for the Arts, Arts Midwest, the Freeport Public Library Foundation, and the Freeport Chapter of Rotary International, book discussions and programs, including a performance by Lao Xang Dance and Music Troupe and a keynote presentation by Saymoukda Vongsay, took place around Freeport for two and a half months. Thousands of books were distributed to adults and children.

NEA Big Read is a program of the National Endowment for the Arts in partnership with Arts Midwest.